Font Design through the ages: a look at pre and post digital era of font design process 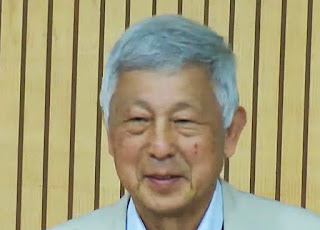 Eiichi Kono
Born in Japan in 1941, Eiichi Kono began his working life in the photo optical industry in Tokyo with Carl Zeiss, and became fascinated by the universality of the Latin alphabet. This brought him to UK in 1974 to learn typographic design at the London College of Printing, and on to the Royal College of Art.
He redesigned the London Underground's iconic typeface, Johnston Sans for text setting as well as display use in 1979, now known as New Johnston. He carried out a feasibility study for space saving and legibility for BT telephone directory in 1984, resulting in substantial cost savings; 3,000 tons of paper saving, £1m per year cost saving as well as achieving better legibility/usability.
Eiichi Kono also taught typography and Quantel graphic paint box at Middlesex Polytechnic between 1980 and 1988, and at Reading University in 2006.
His graphic design consultancy work includes corporate identity, exhibitions, publication design for The Economist, Pearson, Arts Council of Great Britain, Royal Academy of Arts, British Medical Journal, WHSmith, Toyota. He was the team leader for developing Meiryo, Japanese/Latin OpenType fonts with optimal on-screen legibility for Microsoft Windows Vista/7. Eiichi Kono is also a Senior research fellow at University of Brighton, leading research into Edward Johnston's Legacy for CETLD (Centre for Excellence in Teaching and Learning through Design led by University of Brighton with Royal Institute of British Architects, Royal College of Art, and Victoria & Albert Museum).
Eiichi Kono's interests have, for the past 30 years, centred around legibility and typographic design in mixed languages; English and Japanese, occidental and oriental, phonetic and picto-ideographic. Writing and reading are core human competencies which have been developing for thousands of years, and are now revolutionised by digital technologies and global communication. As web pages, ebooks, mobile and navigation systems have become the norm, legibility and readability on screen are vital. The design of typefaces for new media demands new approaches to visual recognition, perception, environment, production, transmission and dissemination, and fundamental appreciation of the origins and development of writing & reading. The key for good typeface design is knowing how to fully assess functionality and quality. 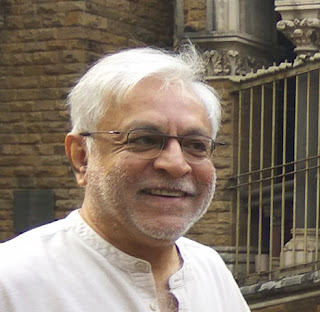 Aurobind Patel
Aurobind Patel strayed into the captivating world of typography during a publishing project during his student days at Harvard Business School. This led him to quit business school to study design. In hindsight, he concedes this would have not have been possible without the sense of untested confidence that plagued many a business school student.
In 1982 he joined India Today in Delhi and led the process of revising its design while helping a technical team to implement Atex, the first magazine pagination system in India. The design and visual appeal that made India Today stand apart from its competitors was largely enabled by the technology supporting its production.
India Today's success earned him an offer from The Economist in London. He served as the paper's Design Director from 1987 to 1999 straddling his passion for both design and technology. In 1990, jointly with Gunnlaugur Briem, an outstanding type designer, he designed Ecotype, a family of text faces now used by the paper. The two also went on to design Times Millennium—a digital avatar of the eponymous Times Roman—for the Times newspaper in London. Back in India since 2000, Aurobind recently redesigned The Hindu newspaper. He was felicitated with the Lifetime achievement award in Typography Day in 2014. 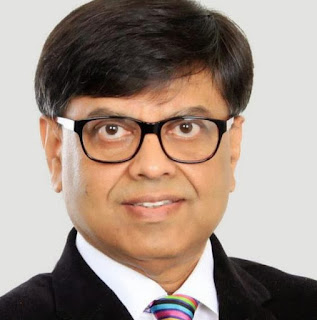 Talk No:7.  Speaker: Anup Gupta, Managing Editor, Integrations with HT Media Ltd. Delhi. Date: 26th September 2020, Saturday. Time: 5:00pm Topic:  Redesign of Hindustan Times - First Voice. Last Word. Recording of the talk is available at: https://youtu.be/0iFf0aKsgWg About the speaker: Sri. Anup Gupta is a graduate of Applied Art from College of Art, Delhi. With more than three decades of work experience in the publishing industry, Anup Gupta had the privilege of working with India Today, Economic Times, Business Today, Business Standard, Business World, India Today Group Online, Times of India, Mint and Hindustan Times. He has been instrumental in designing and redesigning some of these publications where he has also built and managed the design competency.  Anup is presently the Managing Editor, Integrations with HT Media Ltd and is a member of a core group that is spearheading a major change at the Hindustan Times by implementing an integrated newsroom. Leading the editorial tra
Read more